Romeo and Juliet: The Ballet 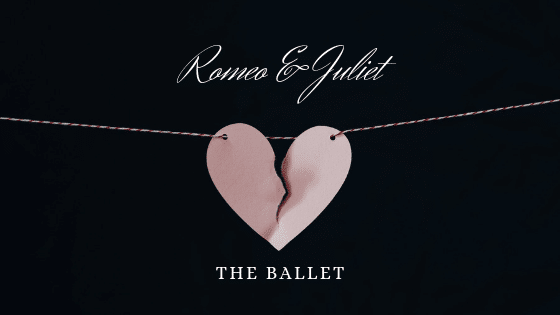 Perhaps the most popular love story of all time is that of Romeo and Juliet. You probably read the play by Shakespeare in high school, but did you know that Romeo and Juliet is also a world-renown ballet? Composed by Sergei Prokofiev in 1935 or 1936, this incredible ballet score is widely considered the greatest ballet score ever written.

The ballet consists of four acts and 10 scenes with 52 separate dance numbers. First presented in 1940 at the Kirov Theater in Leningrad, the most famous version of the ballet was choreographed by Leonid Lavrosky.

However, the ballet faced a difficult path to the stage. When presented to Moscow’s Bolshoi Ballet, the dancers felt that the ballet was impossible to dance. The composer then converted the score into two orchestral suites, which were then performed in 1936 and 1937. The ballet finally reached the stage in Leningrad in 1940.

Although the ballet generally follows Shakespeare’s original storyline, in the first version of the ballet, Prokofiev changed the tragic ending into a happier ending for the two lovebirds. Instead of both Romeo and Juliet dying by suicide, Prokofiev’s version had Juliette returning to life in Romeo’s arms so that the happy couple could dance together into happily ever after. When asked about his choice, Prokofiev simply said, “Living people can dance. The dead cannot.”

However, due to the censorship of the Soviet era in Russia, this alternate ending was not approved and Prokofiev was forced to change his ballet to reflect Shakespeare’s original ending in order to get his ballet to the stage in Russia.

The tumultuous lives of the characters in the ballet are reflected in the ballet’s struggle to make it to the stage. It just goes to show that no matter the obstacles, if you keep trying and keep dancing, beautiful things can happen. Romeo and Juliet is now a well-known, frequently-performed ballet that brings joy to all who see it.