The History of the Nutcracker 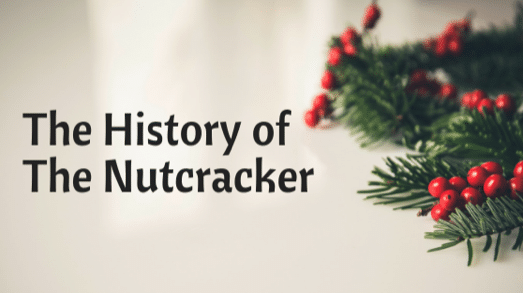 The Nutcracker Ballet has been widening young eyes for over one hundred years. With spectacular visuals and beautiful music, The Nutcracker is a holiday staple for many dancers and spectators alike. We’re probably all familiar with the story of the Nutcracker, but do you know the history behind this classic tale?

On December 17, 1892, the Nutcracker Ballet was performed for the first time at the Mariinsky Theater in St. Petersburg, Russia. The famous Russian composer, Peter Tchaikovsky had been commissioned by Marius Petipa, a choreographer, to compose the ballet. The score is based on Alexandre Dumas’ adaptation of E.T.A. Hoffman’s tale “The Nutcracker and the Mouse King.” Tchaikovsky and Petipa also worked together on another famous ballet, Sleeping Beauty.

When The Nutcracker Ballet was performed for the first time, it was a failure. Neither the critics nor the audience enjoyed it, but Czar Alexander III was delighted with the ballet. Even though the ballet was not an instant hit, it gained popularity as it continued to be performed in other countries, including the U.S.

Take a lesson from Tchaikovsky and Petipa. Even if you aren’t an instant success, the things you create today may have an impact on countless generations to come. So keep trying, keep creating, keep dancing!